An update on Knowle Hill. 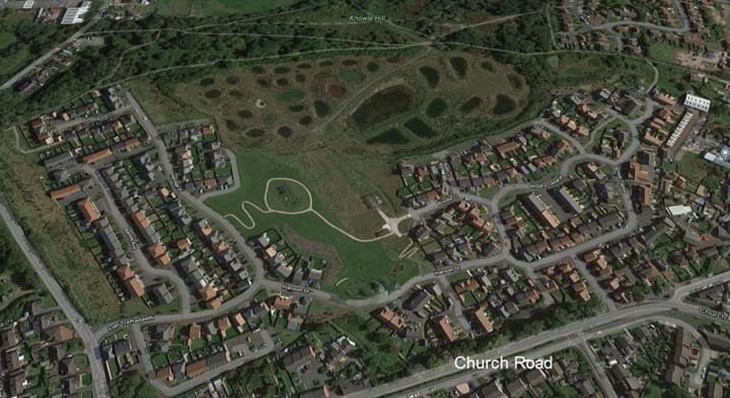 “Following consultation with Natural Resources Wales work has been carried out to restore the area of Knowle Hill where a series of bike jumps had been recently created without permission. The site is designated as a Site of Special Scientific Interest (SSSI) and forms part of the Buckley Special Area of Conservation (SAC). We have managed the Lane End and Knowle Hill Nature Reserves in Buckley on behalf of the former owners Redrow since 2010, before finally taking ownership of the site in 2021.

Buckley supports a nationally important population of great crested newts (GCN), with several sites designated specifically to protect this species.  Of all of these, the Lane End and Knowle Hill Nature Reserves support the largest population, with counts of over 1,300.

Great crested newts are a European Protected Species due to loss of habitat and reductions in abundance throughout their range.  GCN are protected under:

We will continue to monitor the site and work with partners to ensure the site is managed in line with agreed plans.”

‘We appreciate and recognise the need for young people to have spaces and facilities for activities such as biking, but unfortunately Knowle Hill is a protected site and construction of bike ramps & tacks is not permitted. We will continue to hold events for the local community at Knowle Hill and Lane End to highlight the areas conservation importance and engage with young people.’