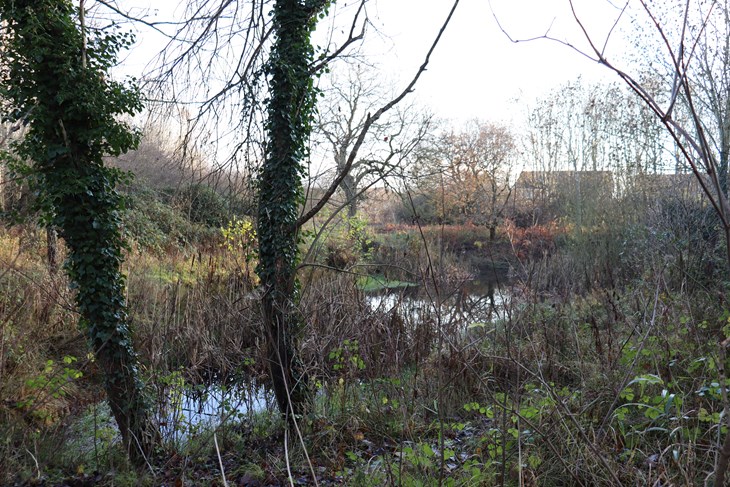 Update on access improvements: The bridge in Broadoak Woods, which was damaged by storms back in January 2021, has now been replaced. Work was delayed until the summer due to the negative impact the work would have on wildlife. The bank supporting the bridge has been stabilised using gabion baskets, which will help prevent it from collapsing.

The paths on our reserves are currently being repaired with stone by our reserves team and volunteers. The stone is helping to make the paths less muddy and more even, but we still recommend wearing sturdy boots when out enjoying our reserves.

Wildlife update: Badgers are one of Llwyni’s most charismatic residents and we often hear reports of badgers foraging in gardens. Badgers are omnivores and eat almost anything, but earth worms make up 80% of their diet. Habitat loss due to developments mean that gardens are becoming increasingly important foraging grounds for them. Badgers are a protected species in the UK and it’s important that we learn to live with them as they are learning to living with us encroaching on their territory.

Badgers disperse the seeds of many plant species, including rowan and elder which are often found near their setts. Their tunnels are also used by an array of animals including foxes and rabbits, sometimes even otters! They’re incredibly important to the ecology of a woodland and we are lucky to have such a healthy population in Connah’s Quay.

Practical / habitat work on the reserve: This winter our reserves team will be focusing on tree work. Trees impacted by ash-die back are being closely monitored and / or felled and we will soon be starting to coppice the hazel in our woodland. Coppicing is an old woodland management technique used to prolong the life of hazel and bring light into the woodland.

Varying the ages of hazel stands also benefits different kinds of creatures for example butterflies benefit from more light in the woodland, and birds benefit from older stands to nest in.

Our Friends of Llwyni volunteer group, has moved from Wednesdays to Tuesdays  and welcomes all abilities. Volunteer sessions run every Tuesday at 10am at various locations.

If you would  like to help Connah’s Quay’s wildlife by volunteering with our reserves team, contact [email protected]

Sign up and we will send you our latest news