The reserve team have been very busy over the last few months at Glascoed carrying out lots of maintenance and repairs. 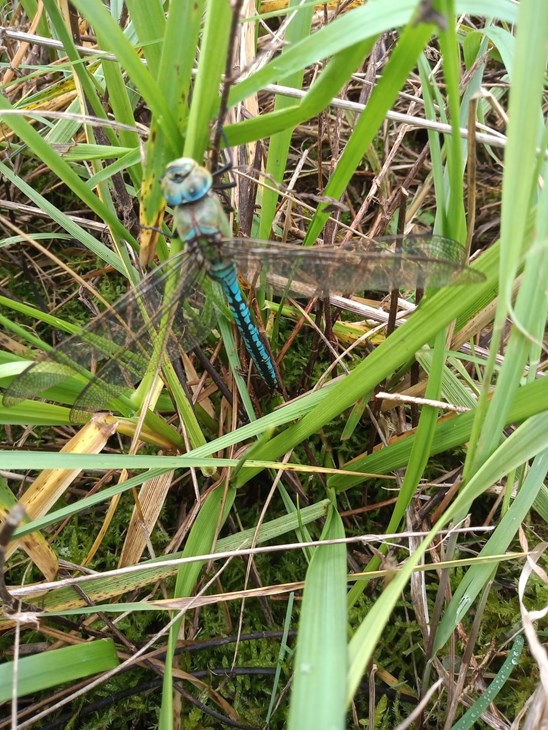 Fences have been fixed and very old gates replaced.

It is hoped that we will have cattle grazing for a short period later this year to help with managing the grassland. Cattle sweep the vegetation and pull it with their tongues, (rather than nibbling it off with their teeth like sheep) leaving a lovely uneven grass sward which can create foraging habitat for newts.

Lots of work has been carried out on the bird hide, replacing the roof and the shutters, as well as repairing the steps and giving it a fresh coat pf paint. The hide can be accessed from the woodland trail, which will be opened later this year in October. The woodland trail was closed in earlier this year due to damage to the large oak trees following a storm, especially a large horizontal crack appearing in a large limb directly over the path. An aerial tree surgeon is booked to make the trees safe again.

Various wildlife surveys have been carried out on site, and notable species documented over the summer including bullfinch, blackcap, common whitethroat, sparrowhawk, emperor dragonfly, gatekeeper butterfly, fox, badger and fallow deer to name a few.